Appeal for a Europe founded on its culture 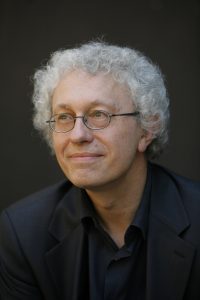 Now that the European Union is welcoming ten new member states, we, artists and cultural leaders, wish to appeal to the leaders of the nations and governments, and to members and officials of the European Institutions .

Our world is facing a large crisis: the gap between rich and poor countries grows ever wider; hundreds of millions of people are living in intolerable conditions; there is profound inequality within the developed countries; the ecological future of our planet appears very gloomy; the proliferation of terrorism and the recourse to violence enhance insecurity. In many countries religious fundamentalism smothers all freedom of thought. Far from resolving those problems, war only adds fuel to the flames.

The world has the right to expect the European Union to constitute a power to be reckoned with, that speaks with one voice and that is listened to as a moral authority. Clearly, Europe does not play a central role in the world order.. It maintains the illusion that the Union serves first and foremost an economic and monetary purpose. It seems cut off from its past and swayed by blind forces, when it should manifest itself as a project solidly rooted in its heritage.

Of course, a European Constitution is soon to be approved, general elections are being held for the European Parliament, citizens are granted appeal against their own country’s arbitrariness, and research that has begun at one European university that can be continued at another. All this is of considerable positive consequence. And yet it meets with almost total indifference of  European citizens. It is as if Europe was unable to understand the  sense of itself, or to prove itself as something more than a supranational bureaucracy.

As European citizens we are all heirs to Homer and Virgil, Van Eyck and Michelangelo, Shakespeare and Cervantes, Bach et Mozart, Chopin and Liszt, Flaubert and Kafka, Eisenstein and Bergman. Their art has fashioned a culture which passes on to us a common past and common points of reference, and which has contributed to the birth of democratic values. This European identity that we all share came into being long before the political construction of  modern Europe.. For centuries,  artistic and cultural exchange have ignored national frontiers and language barriers, and have helped to surmount divides and heal the wounds inflicted by the bloodiest conflicts.

It is our duty today to pass on this heritage to future generations, to foster it and make it richer yet. Democracy cannot be limited to mere institutions,  not even to a mode of organisation. It is weakened when not inspired by mind, art and research. If the Europe of production and consumption were to dominate Europe as a civilization, if Europe as a common market  were to replace Europe as a political and cultural project , the present global crisis might culminate in a clash between the forces of fundamentalism and those of materialism. This clash would be as traumatic and devastating as the worst scourges that have hit humanity during the last century.

1° We call upon the heads of state and of governments of the 25 member states to adopt a European Constitution that is a genuine civilization project, founded on our cultural heritage and on our shared values of democracy, liberty, respect for human rights and for human dignity. Economic targets should in this respect be regarded as means, and not as ends in themselves.

2° We ask the governments of the 25 member states and the European Institutions to give proof of their genuine common political will to launch an ambitious European project capable of cementing a European cultural identity that reflects both unity and diversity. The whole of Europe should become a living space, vibrant with creation and exchange, fuelling the circulation of ideas and works of their creative artists..

3° We are aware that certain projects which are indispensable for reinforcing the European Union will not immediately rally the support of all the member states. That is why we summon those countries most committed to the process of unification to foster new, daring  and federalizing initiatives that will develop and enhance the European cause, especially its cultural dimension. Likewise, we call upon the artists and cultural leaders to play an active and prominent role in supporting a Europe of culture and of different cultures .

Strengthening the unity of Europe in this manner by no means thwarts cultural diversity. Quite the contrary: it has to protect and reinforce this diversity. Moreover, a genuine common ambition is indispensable to ward off the upsurge of nationalism and clashes between communities across our continent. The same holds for the world as a whole: in the dialogue between cultures, which the entire planet desperately needs . Today Europe must realise the role it alone can fulfil . We have a moral and historical obligation.

Does opera need to be politically correct? My presentation at Opera America’s Webinar

On 16 September, Opera America organised a webinar about “Managing the Challenges of the Inherited Repertoire”. Here is my video presentation and you can read

Does opera need to be politically correct?

Does opera need to be politically correct? October 2016:  Jewish activists are laying on the ground in front of the Metropolitan Opera, demonstrating their opposition

I am at the end of a fantastic week in Andalusia: since last Tuesday, I spent 5 full days in recording organ pieces written by Francisco